A year ago, the ad industry faced a wave of uncertainty when COVID-19 came crashing down. CPMs decreased, ad budgets were reduced, agencies faced difficulties, and people were losing their jobs. Doubt was everywhere; nobody could predict how long it would last, what this could lead to, and when things could go back to normal.

A year later and the world is hardly back to ‘normal’ or what ‘normal’ once was back in 2019. In fact, during the first wave of COVID-19, the term ‘new normal’ was coined, and many invented ways to enable business continuity by working around the virus and the imposed restrictions, albeit at a lower capacity than usual.

Last year, we wrote about the effect of the pandemic on advertising, the difficulties to cope, and ways to deal with failing CPMs. Now that things have stabilized in that market, and in some cases, turned out better due to an increase in internet consumption as a result of the pandemic, it’s an interesting time to look back. What was 2020 like for the ad industry, and how did ad blocking evolve during this complicated time?

In the first half of 2020, there was a 36 percent reduction in media budgets in global markets due to COVID-19. That percentage ranged between 24 to 31 percent by year-end.

And with more people forced to stay indoors, there was a natural surge in digital consumption. People heavily relied on the internet, social media, and streaming services in their day-to-day activities, which meant ad agencies had to adapt and many began to prioritize digital advertising in response. There was also the rapid shift in consumer behavior that marketers had to match. After all, with all the changes, it only makes sense that marketers had no reason to keep the same tactics.

So with this increase in advertising, where did that leave ad blocking?

In comparison to 2018, it seems that ad-blocking usage dropped in 2020 because fewer people were browsing on desktop. Ad blocking also shifted predominantly into ad filtering, which if you’ve been following, is the more modern, sustainable version of ad-blocking, by which most ad blockers allow noninvasive ads to pass through.

What has stayed the same?

While ad-blocking usage may have potentially dropped, the fact remains the same: people are still blocking and filtering ads because there are too many intrusive and irrelevant ads online.

According to GlobalWebIndex (GWI):

In 2020, user experience still mattered and ad relevance was still, if not more, important.

Brands were ever more conscious of the call for ad relevance as consumers demanded actions, with users becoming more vocal that irrelevant, excessive ads or ads that block access to content can negatively impact their view of the brand.

This shows that today’s consumers are tired of being bombarded with intrusive ads and are taking back control of their online experience. We know this because the over 200 million Acceptable Ads ad-filtering users speak for themselves, and they do consent to seeing some ads, as long as they’re nonintrusive and user friendly. These users are ‘ad aware’ and recognize the value exchange that needs to happen to keep the web open and free. Acceptable Ads supports a fair and sustainable exchange between users, publishers and advertisers.

What we’ve learned from 2020 is the vital role users play in the success of advertising and the evolution of ad blockers. And if marketers want to remain competitive and keep up with changing consumer demands, it’s time to look into what ad-filtering users honestly think about ads and the reasons why they’ve left the toggle on for ad blockers.

We’ve written all about ad-filtering users so you don’t have to search far and wide for more information. Check out this blog to learn more about them.

A newer report released in May 2021 shows that ad block download rates have actually increased in the past year, and so have our Acceptable Ads users… but that’s something we’ll go through in a follow-up blog. Please keep your eyes peeled for part two as we discuss the current state of advertising, adblocking and COVID-19 in 2021. 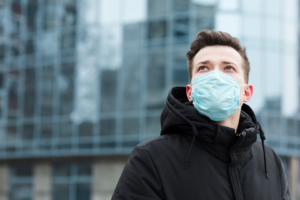 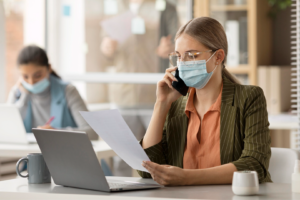