In our previous post, we went through the state of advertising and ad blocking in 2020 from the perspective of a year on. We learned that over the course of the year in the pandemic, ad-blocking usage dropped, digital consumption increased, and consumers demanded more ad relevance from brands and advertisers.

So now that we’re almost halfway into the new year, let’s check in to see if there are any new developments. Which advertising and ad-blocking trends have changed in 2021?

Though the first half of 2020 saw a 36% reduction in media budgets, digital ad spending picked up in the second half of the year and grew 12.2% year-over-year as advertisers resumed spending on their Q1 and Q2 budgets, which were paused due to the pandemic.

According to the IAB, the last quarter of 2020 recorded the highest revenue for digital ads in over 20 years. At the height of the 2020 holiday season, social media ad spend was up by 50.3%. Ad spending worldwide is also expected to rebound to pre-pandemic levels in 2021 and hit $691.50 billion. The driving force of this rebound is said to be the growth in global digital ad spending, which will rise by 16.4% in 2021.

What we saw at the peak of the pandemic last year was a surge in digital consumption, which is why this expected rebound isn’t exactly a surprise factor. Marketers today are already adjusting their old strategies and lining up new ones to meet changing consumer demands. However, we believe that there’s a relatively unknown or hidden segment of users that could help propel advertisers and marketers towards this goal: ad-filtering users.

Ad-filtering users are essentially ad-blocking users with an added twist – they don’t hate ads, and do consent to seeing some ads, as long as they’re respectful and nonintrusive.

So… how can these over 200 million ad-filtering users help?

While the reasons for downloading ad blockers have remained consistent (users still find the bombardment of invasive ad formats excessive), the newest adblock report, published in May 2021 by Blockthrough, shows that ad-blocking rates had actually increased in 2020.

Mobile ad blocking is also up by 10%, with 586 million people blocking ads on mobile devices. Mobile, however, is a vital growth area that’s driven primarily by browsers that block ads by default, such as Opera and UC Browser. Users today are increasingly requesting this feature to improve their browsing experience, while mobile browser makers are finding that the user experience provided by ad filtering is an attractive standard feature that sets them apart.

Furthermore, 42.7% of internet users worldwide aged 16 to 64 are now using ad blockers at least once a month. According to GlobalWebIndex (GWI), when users were asked about what they’ve done in the last month, 46.1% say they’ve used an ad blocker to stop ads from being displayed.

Yet, with this rise in the adoption of ad blockers, it’s compelling to note that user adoption of Acceptable Ads has also increased by 51%—according to the Blockthrough report, 218 million ad-blocking users opted in to Acceptable Ads by the end of 2020, up from 142 million in Jan 2019.

This means that ad filtering is on the rise too, seeing that ad blocking has predominantly shifted into ad filtering now that most ad blockers enable some ads to pass. Advertisers, publishers and marketers should start considering the benefits that ad-filtering users bring to the table when it comes to monetizing content. 90% of Acceptable Ads ad-filtering users don’t actually hate ads and 71% of US online users understand that publishers rely on advertising to keep their content free. Those are very promising numbers.

Without the Acceptable Ads program, advertisers are losing out on access to over 200 million ad-filtering users—users who consent to seeing ads that respect their user experience, and in a way that allows them more control. This is exactly what they receive with Acceptable Ads.

With ad-blocking usage becoming increasingly mainstream and media spending set to soar, advertisers could be presented with some hurdles to overcome. By focusing on the segment of over 200 million ad-filtering users and opting to display relevant and nonintrusive ads to them, publishers can monetize their content without relinquishing user experience. Plus, they also build positive brand recognition by giving users less disruptive ads that they consent to seeing.

There’s a middle ground to achieving this big win for all, and that’s through Acceptable Ads.

Learn more about our ad-filtering users—here are 10 things you need to know about them. 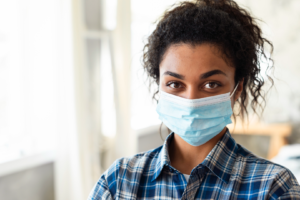