Ad blockers are not a publisher’s favorite tool out there. But that’s not a surprise, considering that the rise in ad blocking in recent years has led to a revenue decline for publishers, making it tough to sustain the free online content that we all enjoy.

However, there is a misconception that all ad-blocking users hate ads. For that reason, publishers tend not to place too much focus on trying to win them back. In reality, most ad-blocking users are actually ad-filterers––and they consent to see nonintrusive and light ads. They also understand, more than the average user, the role that publishers play in keeping the web open and accessible for all.

Unlocking lost revenue is possible, and so is reaching ad-blocking or ad-filtering users. They’re certainly not a lost cause. By understanding who they are and what they want from advertising, publishers can earn revenue. That is, of course, through working with the standards that they set and agree on.

The misconception about ad-blocking and ad-filtering users

Let’s learn a little bit more about ad-filtering users. Who are they?

Considering that most ad blockers today have ad-filtering abilities to allow certain ads to pass through, there’s a good opportunity for publishers to take a closer look at the users who download them.

At present, there are over 200 million ad-filtering users. These users are educated, tech-savvy and earn more than an average salary. They’re 80% more likely to make purchases online and 76% more likely to post a service or company review. Furthermore, according to a recent report by Blockthrough, the market leader in adblock revenue recovery, users of ad blockers are twice as likely to accept nonintrusive ads instead of engaging with with paywalls or adblock walls.

These users are also more ad-aware. As they see fewer, noninvasive ads daily, they’re actually more receptive to the messaging and are prone to give an ad the attention it needs.

Publishers who face the wrath of ad blockers are often thinking of ways to best reach these users. Unfortunately, most solutions taken today, such as ignoring users or installing a paywall, aren’t the most favorable or efficient methods.

A majority of readers tend to leave a website when they face a paywall (around 90%) or an adblock wall, which leads to a high-bounce rate and low user retention for publishers in the long run. Furthermore, users tend to distrust sites that use paywalls as it most likely means that publishers are aware that they have installed ad blockers –– this can be seen as an intrusion of privacy and freedom to use any software as they please. Losing the user’s trust is something publishers can’t afford, especially these days when they’re trying to convert users into paying readers.

Let’s take a look at why users block ads:

Despite these statistics, it’s worth noting that over 90% of ad-filtering users don’t hate ads, and more than 83% would be happy to see ads as long as they are not intrusive and are relevant. Furthermore, our research shows that the majority of users said they’d prefer to filter, not block ads.

This data shows that these users aren’t a lost cause, they simply want to be part of the conversation when it comes to advertising. By learning who they are, their reasons for blocking ads and delivering what they want from advertising, publishers have a unique opportunity to reach them. With that, they can also monetize inventory that would otherwise be unsold.

Publishers worldwide are already using Acceptable Ads to deliver their message to millions of users. Acceptable Ads offers a sustainable and fair middle ground between user choice and monetization. With this solution, publishers can diversify their ad revenue stream while giving users control of their online experience. As a result, users receive an improved, ad-light user experience. They’re also able to truly connect with the messaging and drive the action that the ad needs.

According to Blockthrough, 52 of the top 100 Comscore-ranked publishers impacted by ad blocking use ad recovery via Acceptable Ads in 2021. The majority of publishers in the US are also now using Acceptable Ads as many view it as the most reliable and sustainable option for monetizing ad-blocking and ad-filtering users.

Ad-blocking and ad-filtering users are not a wasted effort for publishers. In fact, we believe there is a sustainable way to reach them instead of ignoring them or fighting against ad blocking. The rise in ad-blocking and ad-filtering habits shows that users are still blocking ads for the same reason––mainly intrusiveness and excessiveness––and they truly want to be heard. Understanding who they are, what they want and delivering those demands through Acceptable Ads is certainly a win-win for all.

Check out this blog to learn more about the benefits of Acceptable Ads in helping publishers and advertisers monetize and reach ad-blocking users.

What do consumers want ads to do?

It’s a question as old as the field of advertising itself: what are consumers’ expectations for advertisements? 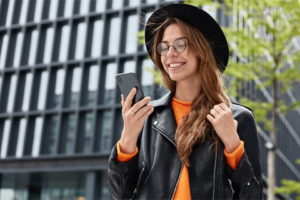 Attention from young consumers is difficult and costly

Trying to target the younger consumers is tricky and costly for advertisers today, but it doesn’t have to be.