Attention from young consumers is difficult and costly

It’s increasingly challenging for advertisers to get users to pay attention to one specific ad seeing that various ads constantly surround them at a given time. Often enough, advertisers resort to using flashier, more frequent and louder ads to pique the user’s interests. This, however, has only led to increased banner blindness (or ad-awareness) and a rise in ad-blocking usage.

Additionally, capturing the younger generation’s attention (Millennials 25-38 y/o and Gen Zs 16-24) isn’t only difficult, it’s expensive too. The average attention span is only 8 seconds for Gen Zs and 12 seconds for Millennials. That’s really short when you think about it.

According to GlobalWebIndex (GWI), 51% of Gen Zs and 45% of Millennials check their phone every few minutes. These young users are also easily distracted by notifications on their phones and are prone to switching between many different apps simultaneously.

Despite their solid online presence, they have a short attention span and are likely exposed to many ads across other apps. These users would hardly give an ad the attention or clicks needed to drive a purchase.

So… why do advertisers want to target younger audiences?

Gen Zs and younger millennials are tech-savvy as they grew up in the digital age. According to Criteo, Gen Zs are likely influenced by online ads for their purchase decisions and would take action upon seeing a sponsored search ad. Both Gen Z and Millennials are also most likely to buy products shown in online ads, as 60% of them have clicked on online ads and bought recommended products.

Furthermore, Gen Zs and Millennials are particularly interesting for advertisers given their spending and influential power over their friends and family. Apart from being consumers themselves, these younger consumers can influence family holiday destinations or the fashion in style, for instance.

Millennials are also reaching their peak spending years. The expectation is that Millennials will increase their per capita spending by over 10% in the next five years while Gen Zs increase by over 70%. 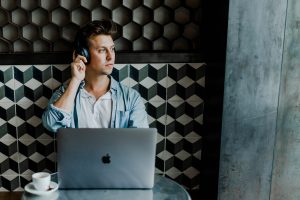 Attracting the attention of the younger audience

The strategy that advertisers ought to adopt shouldn’t focus on bombarding users with louder or flashier ads. Instead, brands that can truly understand the user’s needs and deliver those demands without being intrusive are those who will win their attention. For instance, 55% of consumers want ads to teach them something new and 45% want entertaining ads. But that’s not all that users want.

Brands also should be conscious of the rise in mobile and desktop ad-blocking in the past year. There are currently 843 million ad-blocking and ad-filtering users––many of them have spoken up about their reasons for turning to ad blockers. According to GWI stats, 31.8% describe ads as excessive and 24.5% state that many ads are annoying or irrelevant. In addition, 46% of Gen Zs have also used an ad blocker to stop seeing ads. Finally, 44% use ad blockers to avoid being tracked online, as privacy concerns begin to be more and more prevalent.

A nonintrusive and user-friendly standard of advertising

As brands continue to spend more on campaigns to reach younger users, ads presented to them have to be extremely impressive and relevant, and of course not excessive.

Advertisers worldwide turn to Acceptable Ads to successfully deliver messages to over 200 million users in a user-friendly way. Our research reveals that 71% of users understand that publishers rely on advertising to keep their content free, and 57% of users would rather filter ads instead of blocking them. This shows that users are happy to receive advertisements that are light, noninvasive and respect their privacy.

Gaining the attention of younger consumers doesn’t have to be complicated or costly with the right messaging and delivery method. While the younger generation is an influential demographic for advertisers, it’s worth noting that they have no issues downloading ad blockers to filter out intrusive content or to protect their identity. With Acceptable Ads, publishers and advertisers can benefit from a sustainable way to monetize users without compromising user experience or trust.

Find out more about the Acceptable Ads Standard to understand why users consent to see ads that follow these criteria.

Earning back lost revenue is possible for publishers through reaching ad-blocking or ad-filtering users with Acceptable Ads.

What do consumers want ads to do?

It’s a question as old as the field of advertising itself: what are consumers’ expectations for advertisements?