The COVID-19 pandemic has worked its way into the fabric of every industry and every organizational infrastructure across the planet, and the advertising sector is no different. Brands are expected to see their advertising budgets decrease by almost two-thirds over the next 6 months.

Because of this, ad execs are moving swiftly to adapt their tried-and-tested models in the wake of the crisis.

Many pre-COVID advertising models and strategies are being rethought, reworked or in the worst cases, ditched entirely in exchange for ones that perform in our new post-lockdown world, as organisations examine the best possible route to recapture lost revenues. So as part of this rethink, what are the factors being considered?

Firstly, the long-term economic impact of the coronavirus pandemic will not be fully understood for years. Because of this, there is no  getting away from the devastating impact it is having on the gig economy, on vulnerable guest workers, and on many other sectors including hospitality, the arts and entertainment, as well as retail.

As an example of the impact on retail, recent research has revealed that 20% of consumers in the UK will avoid clothes shopping in physical stores altogether in the future. As a sector, advertising will need to adapt cleverly, swiftly and fearlessly to such consumer habits, in order to ensure brand messaging is reached by millions worldwide – all of which have very different needs and priorities to those they had mere months ago.

We’ve already seen that advertising budgets are expected to decrease in the months ahead. In fact, when looking at the current position, data from the Institute of Practitioners in Advertising (IPA) – as part of its Bellwether report – which draws data from a panel of around 300 UK marketing professionals from the UK’s top 1000 firms each quarter – revealed UK ad budgets have contracted at the quickest pace since data collection began 20 years ago.

The realities of these findings – while stark – reinforce the laser focus we’re likely to see amongst advertisers within the ‘new normal’. Advertising budgets may be slashed, but the basic fact is consumers are still going to want to spend money. Only last month a report appeared in the New York Times stating that in the month of May, retail sales increased by 17.8% across Europe, and despite countries like the UK officially entering into a recession the outlook for consumer spending remains positive.

At Acceptable Ads, we are of the opinion consumers’ online behaviours are going to become much more ‘value-focused’. This doesn’t only impact what they want to spend their money on, it also impacts the types of online content they want to read and the advertising they do (or, in many cases do not) want to engage with. Being on the front lines of the ad-blocking debate for the last nine years, we’ve seen how ad-blocking users have transformed into ad-filtering users, who are amenable to marketers’ attempts to reach them with less intrusive formats.

Just as ad-filtering users wanted to see fewer, less intrusive ads, online users in the fog of a pandemic would like to see more meaningful and relevant experiences that gel closely with their ‘new normal’ lifestyles. On top of this, consumer preferences will no doubt shift away from certain products towards different, and what we might call ‘more essential’ products.

The smartest advertisers in the room

These trends will not be lost on the advertising industry. Many understand the change in mood music and will adapt their strategies accordingly.

The IAB revealed this recently, reporting 73% of advertisers are modifying or developing new assets since the start of the pandemic. Coca-Cola’s is one such brand doing this. Recently, the company’s chief exec James Quincey told investors they wanted to use the lockdown freeze to rethink and refresh its entire marketing approach in order to emerge from the crisis as a stronger business – we imagine many others will be adopting the same approach.

What none of us wants to do is encourage a new wave of online users to feel a choice is needed between avoiding or blocking ads altogether. Consumers recognise the value that advertising contributes to a free internet and are willing to accept adverts from brands, so long as they are relevant. This starts by ensuring ads are delivered in a calm and nonintrusive manner. 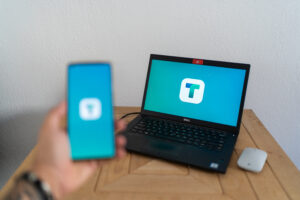