Low ad exposure: how can advertisers get more visibility?

The typical online user is bombarded with thousands of advertising messages on a daily basis. Little wonder many advertisers struggle with low levels of “ad exposure” and battle to get more visibility.

Ad exposure is the calculation of the amount of time users are shown or exposed to ads in an app or on a website. It is also the key metric for any advertiser trying to get their message out to its audience.

So, what can today’s advertisers do to increase their level of ad exposure, ensuring their messages are hitting the right eyeballs?

Ad exposure and the rise of ad blocking

The ever-growing level of exposure to online advertising was, of course, one of the driving factors behind the growth in popularity of ad-blocking software in recent years. According to research, 41% of online adults in the US are using ad blockers.

The overwhelmingly high number of ads is also the reason why the Acceptable Ads ecosystem started taking shape back in 2011. Yet it has become increasingly clear over the last decade that low ad exposure and poor visibility amongst online users means advertisers are still missing out on important audiences, and publishers are falling short on advertising revenue.

In short, this is a lose-lose situation for almost everybody in the digital advertising economy. Online advertising clutter makes it difficult for advertisers to stand out amongst desired audiences. For online users, it makes for a noisy and intrusive experience. Put simply, the more ads released, the less effective they become. Your messages become little more than noise.

This is where Acceptable Ads can give advertisers the edge. That’s because the very idea behind the Acceptable Ads ecosystem is to offer a sustainable and fair middle ground between user choice and monetization.

This means Acceptable Ads users are not only exposed to far fewer ads on a daily basis, but those ads they do see are non-invasive and digestible. Acceptable Ads users recognize the role ads play in keeping the internet free, that is, they are more ad-aware than your typical users. In sum, they are seeing fewer, non-invasive ads and they are paying more attention to the messaging.

While many advertisers struggle to get consumers’ attention (which traditionally is limited anyway), showing your ads to ad-aware users (those exposed to fewer ads) increases your odds considerably. After all, if your ad is not going to be one of the six ads on a page, but instead one of three, then it offers you 50% more visibility!

Acceptable Ads is driving greater ad exposure and maximum visibility, while also ensuring a respectful user experience. In short, a win-win-win for users and publishers and advertisers alike. 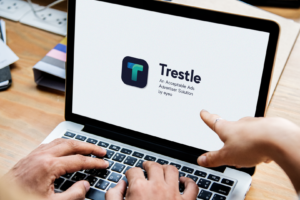