Ad blocking? The reports of its death are not exaggerated

Back in the day, ad blocking meant one thing. Blocking all ads. Easy, eh? By design these tools were absolutely rigid; no gray areas, no room for maneuver. But over time that approach has softened. So why is that? Well it’s simple really.

Online users are smarter than they are often given credit for. They recognize that to keep the internet free advertising is part of the bargain. And because of this we have seen a migration away from the uncompromising total ad-blocking models of the early noughties, to solutions and applications promoting greater balance between publisher, advertiser and user.

This isn’t just hearsay. Last year, eyeo, in conjunction with YouGov ,conducted an investigation into online user attitudes towards advertising and the use of ad blockers.

Our results found roughly 75% of both British and US online users recognized the importance of advertising to a free internet. We have always believed users are accepting of advertising. They just want to see content which is relevant. They are open to an ‘ad-light experience’ where content and ads can co-exist. Because of this we also believe there is a huge opportunity for publishers and advertisers.

By developing and delivering more sustainable forms of advertising, publishers retain revenues and are not forced to resort to actions which could ultimately drive users away and turn users against brands. Many are recognizing the need to evolve, developing more sustainable forms of advertising, but like the old ad blockers of yesteryear there are those remaining rigid and unmoved. They continue to think online users would rather block all ads online than help in sustaining the digital ecosystem. This misconception has led to countermeasures like asking users to turn off their ad blocker in order to gain access to a website. Recently, we’ve seen more extreme measures, with some publishers deploying circumvention technologies which disable an ad blocker in its entirety. Again, our research shows these actions would not be welcomed by users.

Over 70 percent of British and US ad-blocking users said if a website disabled their ad blocker without permission, they would ‘not likely’ return to that website. Regardless of your position, the prospect of losing over two thirds of your audience through one action is not something any organization would want to entertain.

In retrospect, this seems obvious – and it must be said, most publishers do not seek reintegration of ad blockers through ad reinsertion. Taking away control from a group of users that had specifically modified their browsers because they desired more control just seems like a bad idea. There is a middle ground there, and it’s begging for both sides to stand on it together.

This is why we want to educate more publishers and advertising agencies alike about  Acceptable Ads: a parallel digital ad supply chain representing that huge and incredibly attractive demographic of young, tech-savvy, affluent ‘ad-filtering’ users.

Acceptable Ads is open to all publishers and advertisers who want to reach this large, attractive demographic, and made conveniently so by a growing number of ad exchanges and technology providers who connect the buy and sell sides.

Plus, it is presided over by an independent, cross-industry non-profit, the Acceptable Ads Committee. So, while it’s easy to understand user avoidance of digital advertising that is invasive, irrelevant or (worse) both, the rise of ad filtering is without a doubt one of the strongest signals that our new digital publishing age can also be a fairer, better one. 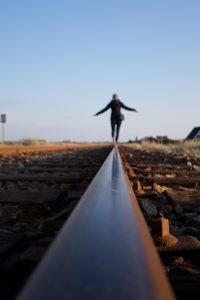 Ad-blocking users are not a ‘lost segment’ for advertisers – in fact, they are quite easy to find.

The future of online advertising has to involve creating and delivering high-quality, non-intrusive ads that strongly appeal to a specific user community, because this is a fair exchange that the vast majority of users are more than willing to accept. 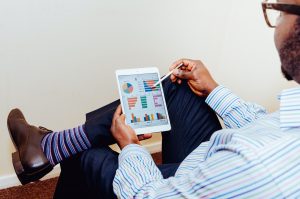 The hard reality: Online advertising has irritated users with online ads for too long

Users’ data has rapidly become the most important web asset for countless participants in the online economy. 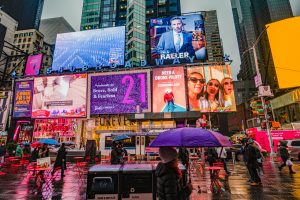 Capturing the attention of over 200 million “ad aware” users

Looking back on the last decade of online advertising, one trend becomes clear: as online ads became bigger, flashier, and more invasive, the popularity of installing ad blockers soared.